Under the Influence: What Marketers Need to Know About Influencers and the Next Generation of “Media” | Elevation Marketing
Skip to content

Under the Influence: What Marketers Need to Know About Influencers and the Next Generation of “Media”

Certainly anyone who has small children is aware of Ryan’s World. For those who aren’t, Ryan Guan is an internet sensation. Ryan’s parents set-up a YouTube channel for their 8-year-old boy, who then plays with toys for his 24.5 million subscribers. Companies pay top dollar to have Ryan play with their toys, which—of course—are on sale at Target stores all over the universe. Ryan’s World is an incredible example of how a successful influencer does business. It also showcases how toy manufacturers use influencers to bolster their overall marketing plan. Smart marketers must add this new tool to their ‘quiver’ alongside traditional public relations, media relations and social media strategies.

So, What Is an Influencer Anyway?

An influencer is anyone who has a presence online, and has the followers to back it up. For the most part, they are well versed in certain topics and share their input and insights with people who are interested in the topic. Their word, their opinion and their interest has value. They can use Twitter, Facebook, Instagram, Snapchat or TikTok, but in the B2B space, the preferred platform of choice is YouTube. The number of followers can be important to companies in the B2C space, but for B2B it’s even more important who exactly follows the influencer. B2B followers can be industry specific, regional, financial or a plethora of other factors that would add value to a sound and cohesive marketing plan.

Companies who are interested in getting the word out about a new brand, product or service should research social media to see which platforms focus on your industry and your products and/or services. My guess is your company’s employees already follow them. If they don’t, they should. It’s important to know who’s saying what about your company, your products and services, and your industry. It’s also important to know what they aren’t saying about your company.

It’s All About the Benjamins

So, let’s talk dollars and cents. I’m going to assume we all understand advertising versus editorial, paid media versus earned media. Like advertising, influencers oftentimes come at a price. The more value an influencer can add, by having just the right audience for the industry, the more they can charge. This can be in the tens of thousands or in the hundreds. Influencers are savvy; they know their worth.

I’ve seen Fortune 50 C-Suite execs scoff at the cost of influencers; but it is what it is. They have what your company wants – an audience. People are receiving information in more places than ever before. The journalistic landscape has changed; this isn’t your father’s media landscape. Walter Cronkite will never say “And that’s the way it is…” ever again. It’s time for companies to embrace influencers, much the same way they already embrace social media, as they’re both effective ways to communicate your company’s message to the target audiences they depend on for their success.

Embarking in The Brave New World of Influencers

So, where does your company start? Start by surveying key employees on who they follow on social; who do they subscribe to on YouTube? Chances are they already know which influencers are important to your industry and your company. Create a list from first to last, and then determine your budget and reach out to the ones that make the most sense.

Begin the dialogue with your influencers of choice before you have something you want to pitch. Build the relationship. The better the relationship, the better chance he/she will present something positive about your company to his/her followers. Develop it over time and discuss what might be important to his/her followers, not necessarily your company – especially at first. Over time, when it makes sense for all involved, you can begin discussing a possible topic. But remember, always think of the social media outlet first. If you’re able to provide valuable information, straight from the source, through a social channel to the very people you’re looking to share it with creates a win/win for all.

So, back to Ryan’s World. … Take some time to watch his videos. It might drive you crazy, especially when your kids grab every toy Ryan plays with as you stroll down the toy aisle at your local toy store; but, it’s a fantastic example of how influential influencers can really be. How do they cover your industry? How can they benefit your company? How can they bolster your company’s overall marketing plan? Do they reach people that your typical trade publications and websites don’t? Chances are, they do. And therein lies their value. Influencers are influential; it’s in the name. They control the message but, for the right price, will more than likely work with your company to make sure both the influencer and the company can work together to create a video and/or a post that benefits the influencer and his/her followers, as well as the company.

B2B Marketing in “The New Normal”

Pandemic Relations: How Your Company Can Be Part of the Solution

How to Make Earned Media “Pay” for Your Business 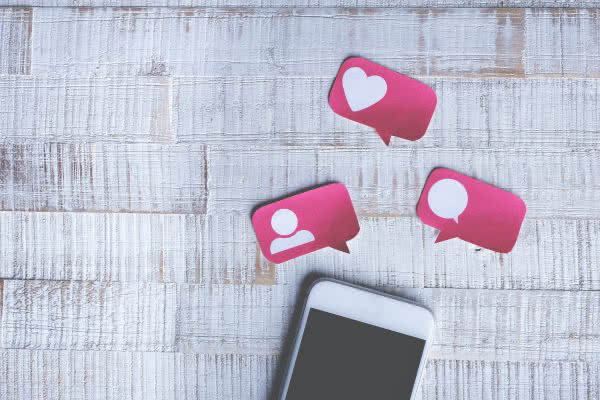