The Impact Of Mobile On Social Media
Skip to content

The Impact Of Mobile On Social Media

When I entered the marketing workforce in 2006, social media sites were barely on the scene and they were almost exclusively for personal use. Even professional sites like LinkedIn were aimed at individual use in the business sphere. Things have certainly changed in the ensuing decade, and social networking continues to evolve with advancements in technology.

Mobile devices are changing social interactions, in consequence compelling businesses to reassess how they approach and use social media to carry out marketing.

Let’s take a look at how mobile is changing the social media landscape and how B2B companies are responding.

RISE OF MOBILE DEVICE USE TO ACCESS SOCIAL MEDIA NETWORKS

Nearly half of the world’s population is online and an estimated 3.65 billion people worldwide use their mobile device(s) to access the Internet. In fact, it’s cheaper for those in the developing world to use mobile devices to access the web. Combine that with the fact that 1.7 billion people have active social media accounts, and it’s clear mobile marketing via social networking cannot be ignored.

We are at the point where most everyone of every age is accessing a mobile device on and off throughout the day. Smart marketing is all about understanding and becoming a part of your customers’ and prospective buyers’ daily habits – and the modern buyer is growing increasingly active on mobile social apps.

GROWTH OF TECHNOLOGY TOOLS FOR MOBILE

Due to the massive growth of mobile devices being used combined with the explosion of social media networks, easy-to-use tools for creating, editing and distributing content directly on your mobile device are available everywhere.

Today’s cellphones and tablets come equip with advanced photo and video capabilities – better than high quality, expensive cameras of the recent past. It’s no longer a requirement to have years of experience in photography or extensive knowledge on editing videos – modern day technology allows amateurs to quickly and easily take, edit, upload, and distribute photos and videos straight from the palms of their hands.

Of course, we recommend a more in-depth process for businesses, but the fact remains: mobile photo-editing software gives all of us a much wider range of options when it comes to creating and distributing visual content.

In a similar vein to the explosion of mobile photo editors, the rise of social networking apps is fast, impressive and important. Think about it – how often do you actually use the web browser on your mobile device? Why, when you can:

Niche apps are how we do most things now, and many smaller companies are starting to build and release their own apps. Or in some cases, companies are building temporary apps focused on a specific product or event – less time and money to build without the requirement of reaching a broad audience.

The app explosion is so huge that even private messaging apps like Snapchat and WhatsApp are seeing surprising growth in B2B companies using these apps for branding and advertising purposes. Forget 2006, this phenomenon would have shocked us back in 2010. Expending money and resources to create content for a social app that doesn’t support sharing and isn’t capable of even including a call-to-action? This would be absolutely inconceivable a mere five or six years ago; par for the course in advertising today.

As mentioned above, to reach your customers and prospective customers, you need to be where they are. We’ve established they’re pretty much all on mobile, so social mobile ads, like everything else we’re discussing, is exploding. There are two main types of mobile advertising: interactive and native.

Interactive ads essentially ask the user for involvement and/or feedback. Encouraging users on social media networks to engage with the content can help analyze behaviors (Helllloooo, A/B testing!), solidify relationships with customers, and eventually maximize ROI. These ads can ask the user to, among other things:

Essentially, interactive ads use a gamification-type approach to get the user involved in the advertisement.

Interactive ads are obvious advertisements; the user knows he or she is being pitched even while enjoying the pitch.

Native advertising is different – while it can be interactive, most native ads appear naturally, like regular content, in a social media feed. They are usually marked, in smaller print in a corner, as “Sponsored” or “Promoted.”

These ads camouflage themselves by taking the shape and feel of a regular post within that social media network. For instance, a sponsored post from Pepsi might appear in your Facebook feed as you’re scrolling, and odds are you won’t even recognize it as an ad, especially if you already following Pepsi on Facebook. These ads usually have a call-to-action, but again, the ads are so seamless and intuitive, you hardly recognize you’re being politely pitched. Oftentimes, you’ll move forward with the call-to-action before you even realize it’s an ad.

Both interactive and native mobile advertising on social media sites are popular and effective, and B2B companies like SAP, Adobe and GE are taking advantage of this ability to reach users without risking the eye roll of a pop-up ad.

MOBILE ACCESSIBILITY IS THE PRESENT … AND DEFINITELY THE FUTURE

I think it’s clear we’ve established the impact mobile is having on social media and advertising. As with most technological explosions, the younger generations are the first to adapt, the first to reach peak use and generally the first to innovate. Why is this important? According to research from Google, “B2B decision-makers are getting younger, with 72 percent of influencers younger than 45.” Understanding your buyer’s behavior is critical for success.

Both mobile and social media are especially geared to and populated by Millennials, and as crazy as it seems to us older folks, Generation Z and those following will be born into a society where heaps of content featuring them (i.e. photos) will be published and distributed before they’ve even been alive long enough to see their first sunrise.

As Millennials continue to join the workforce and eventually run the companies (and the world), we’re reminded that the younger the user, the more likely they are highly engaged on mobile social sites. While many companies, and certainly most B2B brands, are not necessarily looking to target teenagers or college kids, these teens and college kids are the target audience of the future. And they’ll be primed for mobile content and intuitive advertising, while having a lifetime of experience with that small device in their pocket.

How far we’ve come from my first marketing job in 2006, back when it took a lot of work, effort, and cajoling in the form of a very carefully researched and crafted PowerPoint presentation (we didn’t call them decks back then …) for convincing a very skeptical board of retirement-aged men to consider leveraging social media for promoting their brand. It was difficult back then (understandably) to explain to these guys that Facebook wasn’t just a thing for teenagers, but a possible platform for advertising or at least brand recognition.

It was a few months of strategy and execution in my spare time before the light bulb went off for most of the doubtful Board, and suddenly I was getting excited emails about how cool it was for staff to be able to post their pictures from office events on the Company Facebook Page. How surprising for our client – but amazing – it was the first time they got multiple seminar registrations in a single week solely from Facebook networking.

What a change from today, right? Every time I’m skeptical about some new platform or network, I remember that frustrating presentation and the eventual positive, lucrative outcome. And I remind myself to keep an open mind and believe the numbers, even if they seem crazy to my… ahem … older self.

The growth in technology tools for mobile is reshaping the social media landscape. Take advantage by reaching your customers through Facebook with this free guide. 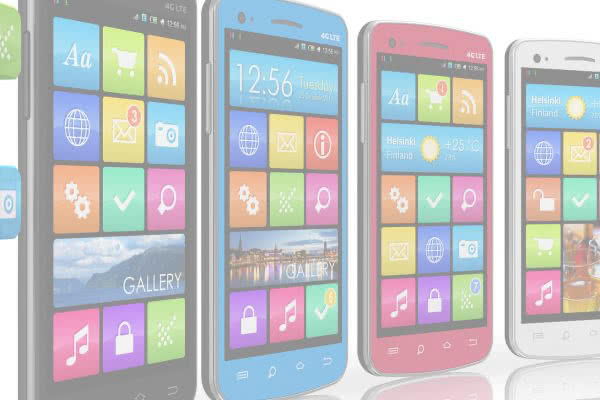