In an attempt to understand America’s usage of social media, it found that the amount of people using Facebook is dramatically decreasing (it dropped from 67% in 2017 to 62% in 2018).

This is in contrast to other major social platforms that are dramatically increasing in users by the year, showing that Facebook may not be the behemoth platform it once was.

But why is this happening and what does it mean for your business?

While we don’t know for certain what is specifically causing the popularity of Facebook to plummet, we can take a guess at some of the goings-on over the last few years and draw up a conclusion from that.

The Decline of Facebook’s Organic Growth

If you’ve been marketing on Facebook for a while, you’ll know that organic reach is dwindling by the day. In fact, marketers have struggled to get their heads around what makes a post visible on Facebook for many years.

It was then that the initial decline in Facebook’s organic reach was highlighted. Facebook’s then-VP of Advertising Technology, Brian Boland, stated that the platform was managing way more ad content than it was previously, which meant that news feed space was at a premium.

And, with so many brands actively handing over cash to get their posts seen, is it any wonder that Facebook decided to cash in and strip back organic reach in order to make more money?

This saw a notable rise in the number of businesses running paid Facebook ad campaigns, which was all going well for a while.

Until, of course, Facebook users became savvy enough to notice that their feeds were made up mostly of branded content – not great for a platform that was originally made for socializing with friends and family.

Trust is such an important part of running a business today. With so many options, consumers today are actively wanting to build relationships with brands they value and trust, which makes it harder than ever for Facebook advertising to be a success.

Consumers are more sensitive to marketing tactics than ever before (so much so that millions are turning to online ad blockers so they don’t have to be party to the whole “sell, sell, sell” game).

They originally used Facebook as a place to catch up with old friends and to share pictures of their families, but with more brands paying for prime real estate in user’s news feeds, all they seem to be seeing are ads.

Which, as you can guess, is turning people off using the platform, making it even harder for brands to connect with their audiences there.

What Brands Are Doing Instead

The good news is Facebook has always been one of many social media platforms that brands can utilize to create connections with their audiences.

Instead of relying solely on one channel, more and more marketers are creating multi-channel campaigns that cover a broad range of social platforms.

Not only does this lessen the blow when algorithms inevitably change, but it also means they have the potential to reach even more customers (the perfect buyer might be on Instagram but not on Facebook or Twitter, for example).

Multi-channel marketing is essentially running campaigns across a variety of different platforms depending on where the customer is in the buying cycle.

For example, running an ad on Instagram is a great way to attract new prospects, but it might not be the place to convert them into buyers – something like an email welcome campaign might be a better fit for that.

This approach means that businesses are less reliant on any one platform and can appropriately market to different buyers at different points in the buying cycle. Because this is a more personalized approach, conversion rates tend to be higher because each prospect is getting their needs met throughout the sales funnel.

What the Decline of Facebook Marketing Means For the Future

Social platforms are bound to come and go (just look at what happened to Vine, as an example).

If the decrease in Facebook, the biggest social media platform ever, has you panicking about the future of marketing, you’re not alone.

But remember, this is just the decline of one channel. Platforms like Instagram and LinkedIn are still thriving thanks to their specific selling points (for Instagram, it’s image-based sharing, whereas LinkedIn specializes in professional networking).

In the future, we might see more social media platforms popping up that are designed for a specific kind of social interaction. What this means for you is that it’s important to stay ahead of the game.

When Facebook first shot to fame, no one could have predicted what would happen in the future, just like no one can predict what might happen to the social landscape in the next five or ten years.

The best way you can prepare yourself is to focus on creating a customer-centric social media marketing strategy that puts your buyer’s needs first. This means the platforms you use won’t necessarily matter; what will matter is how you connect with your audience and address their pain points. 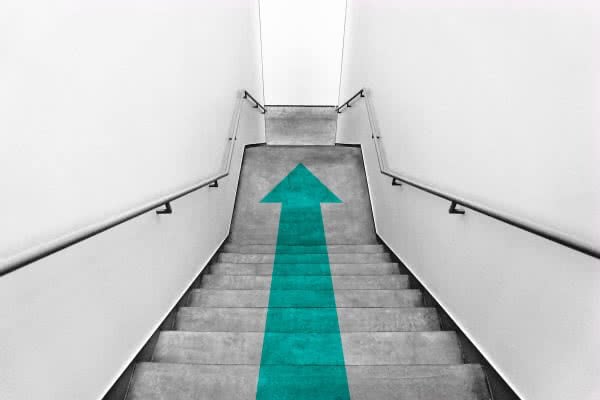