Social Media News Round Up | Elevation Marketing
Skip to content

Social Media News Round Up

As we crawl deeper into 2018, we continue to see changes and updates to the social media marketing world as we know it. Here’s your quick walkthrough of all the social media updates that B2B marketers and business owners need to be aware of.

Instagram has rolled out two note-worthy changes over the last few months that really benefit it’s users overall experience by catering to their personal preferences.

Instagram rolls out profile mute option: In just a few weeks, users will now have the option to silence profiles from appearing on their timeline feed that they are no longer interested in. However, it impacts marketers directly, because Instagram won’t let the user know that they are muting them—which makes it harder to know if your target audience is actually seeing your content, or if you are just wasting your time.

Although users can just simply unfollow brands and organizations if they are no longer interested in their content, now they will be able to view that content on their own terms instead of it organically appearing in their timeline.

What this means for brands: This means brands need to step up their social media game that much more to ensure that their content is appealing to users and prevent themselves from becoming muted.

Instagram explains algorithm: Users have been experiencing this timeline algorithm update for quite some time now, but marketers have had a hard time trying to wrap their head around how it works—until now. Instagram has now come forward and explained the way they organize content and how it appears on users feeds. This can be broken down into three major categories:

What this means for brands: Now that Instagram has revealed the way they go about organizing their timeline, brands can now adjust their strategies to have success on instagram, and get their content seen.

Similar to the Instagram’s approach, Twitter is also going to start adjusting the way their content appears to its users based on their behavior. Twitter’s overall goal with these changes is to make sure search results aren’t skewed by irrelevant content.

Twitter tackles spam and trolls: Basically, anything that appears spammy or if a hashtag is off topic, Twitter will make sure it appears lower in the search results. For example, let’s say there is a big basketball game happening, such as the Cleveland Cavaliers vs the Golden State Warriors game that happened recently. Naturally, there will be a large number of tweets going on before, during, and after the game. #CavsvsWarriors was just one of the many trending hashtags happening on Twitter.

Nothing would infuriate a basketball fan more than a brand trying to sneak in and promote their product or service by using that hashtag to get their content found. Twitter is working to give the users an overall more positive experience by eliminating content that shouldn’t be there.

What this means for brands: As long as marketers are Tweeting content that is relevant to their industry, they don’t have to worry about their tweet ranks dropping.

In the past few months, Facebook has taken a lot of heat about privacy concerns regarding everything that unfolded with GDPR. In response, they’ve developed and implemented a privacy protection tool.

Facebook works to improve users privacy: Facebook has allowed it’s users to create a callback URL that allows users who’ve downloaded other apps using their Facebook account the option to delete those apps. This callback URL will ensure that any information that was initially provided to those apps upon download is completely wiped clean and deleted forever. Facebook will then send the users notifications throughout their request to delete, and confirmation once their info is completely wiped out of the developers’ system.

What this means for brands:  B2B marketers who specifically allow Facebook profiles as a way for users to create an account on their apps need to be aware of this change and update their policies accordingly.

Although we’ve seen many changes, they all have one common theme—improving users overall experience. Developers are shifting the focus to giving users more customized content and more control over what is appearing on their timelines and feeds. The key takeaway for brands is to focus on creating content that drives natural engagement from audiences because as soon as you start to come off salesy or spammy, you will lose credibility in the social world. 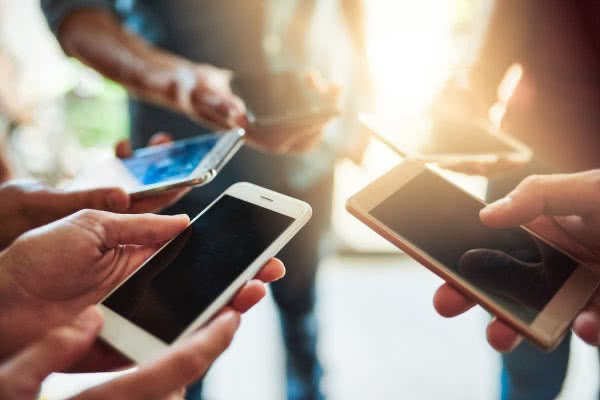