Examples of B2B Companies Who Used Storytelling to Boost Their Brand

“Storytelling” isn’t a marketing buzzword. It’s an integral part of what makes us human. From the moment we’re born and begin to be conscious of our surroundings, we’re looking to stories to help us make sense of the world. Savvy consumer-facing marketers have capitalized on this over the years—and even savvier B2B marketers are leveraging storytelling to boost their brand, too. Here are some examples of major B2B brands that did just that.

We kick things off with a trailblazing commercial from yesteryear. These days it’s not uncommon to see ads taking a documentary-style approach. There are plenty of commercials out there featuring customer testimonials and human-interest, slice-of-life vignettes focusing on regular folks.

One of the first big brands to merge the documentary style and marketing, however, was IBM. With this TV spot, they focused on real kids and teachers to put a human face to education in America. In telling this little story, they did what any solid marketeering campaign does: they addressed a problem (the state of public education), and offered a solution (IBM donating time and equipment to schools across the country). It’s this kind of appealing to folks on a human level that makes people want to be in business with a particular operation.

Speaking of the documentary-style approach to marketing, it’s interesting to see just how far that tactic has come in 20 years. Take this example from Google AdWords. It’s a human-interest piece that features testimonials from the owners of Zingerman’s Deli.

It’s an ingenious ad in that it showcases the transition of a humble deli from a small business into a national organization. The focus is so clear and they’re so on message, that the Google logo doesn’t even appear until the final frame. By then you as a viewer know it’s AdWords that was in part responsible for this growth, and it piques your interest to try it out yourself.

And this was all accomplished by telling a simple story of deli owners.

Perhaps because Philips is such a huge multinational conglomerate, that’s why they decided to put a human face to the ad campaign for their healthcare solutions. Rather than focusing on a big company, they instead make a single fisherman (and by extension, all Icelandic fishermen) the subject of their “Longest Night” campaign.

The commercial features a weary fisherman dealing with the fallout of a hard life at sea—namely, exhaustion and insomnia. The visuals are striking and the gruff Icelandic narration by the fisherman is effective at setting the mood. Overall, the simple story draws you in, and the kicker is effective in that it illuminates a greater problem.

The ad is also in keeping with the company’s overall branded message. A cursory perusal of their website shows a focus on people and well-being over numbers. They talk about healthcare providers and patients first, and solutions and systems second. The overriding goal seems to be to put a human face to a mostly faceless giant company.

That said, tugging at heartstrings via an esoteric subject like Icelandic fisherman is a seemingly risky move, marketing-wise, for an enterprise company. After all, the B2B world is all about numbers, volume, and efficiency. Or perhaps not. At the end of the day, your sales reps are just people, and they’re engaging with other people in the hopes of closing a deal. Appealing to what makes us all human seems like just as effective way to achieve those ends as hyping potential cost savings.

There’s also a lesson here. Even if your company is gigantic, don’t be scared to tell smaller and more intimate stories in order to reach that target audience.

There are demonstrable benefits to adopting a B2C mindset where it concerns B2B marketing. After all, in the end, we’re all marketing to people, not faceless companies.

But the question then becomes, how far into the B2C realm do we go? Do we enlist the help of celebrities, as you would see in a perfume or clothing ad? Do we become short-film producers, like car companies have been known to do in the past? HP decided to go all in on both those strategies by enlisting the help of actor Christian Slater in their short-film/advertisement titled “The Wolf.”

Slater stars as the baddie narrator, and “The Wolf” goes into full-on “Mr. Robot” mode to make points about enterprise data security. The colors are monochrome and the music is ominous as Slater hacks into files via printers and accumulates corporate documents, sensitive financial info, and employees’ personal data.

All in all, it’s a six-minute mini-movie with a single message: malware can take down your entire company if you aren’t sufficiently protected. HP’s solution to that particular problem is their line of secure printers and PCs.

It’s an interesting advertising campaign, but do you need to make a short film to communicate your message? Our last example states that sometimes a single image is more powerful than all the rolling film in the world.

We cap this list with one of the most effective and iconic advertising initiatives in recent memory: The Fearless Girl. This powerful marketing gambit was the brainchild of State Street Global Advisors, one of the biggest investment management firms in the world.

State Street handles investment strategies on a massive scale for businesses, corporations, educational institutions, and even governments. Because they operate in the corporate world, they were aware that gender inequality in the workforce was and continues to be a hot-button issue. So State Street leveraged the national mood, creating an indelible symbol that spoke volumes about the times we live in and the future we hope to achieve.

And it all came in the form of a little girl. In a bit of quasi-guerilla-marketing theater, State Street installed a bronze sculpture in front of the New York Stock Exchange. It made an impact immediately, with the result being that we now all remember the persisting image of a pony-tailed little girl standing defiantly in front of the same charging bull that for years served as the virile, hyper-masculine representation of corporate America.

Unfortunately, State Street wound up having their own ironic problems in the battle for gender-pay equality. That aside, it just goes to show you don’t need to create a six-minute short film to convey your branded message via narrative. All it takes is a single image and a powerful message to tell a story that speaks volumes and captures the imagination of a wide audience.

Most of the above are effective examples of video marketing. However, B2B marketers can leverage storytelling through content and social media as well. There’s almost no limit to the mediums that you can apply towards great storytelling. Just look at the last example on the list: a single sculpture presented in public that told a visceral story that connected with a wide audience. 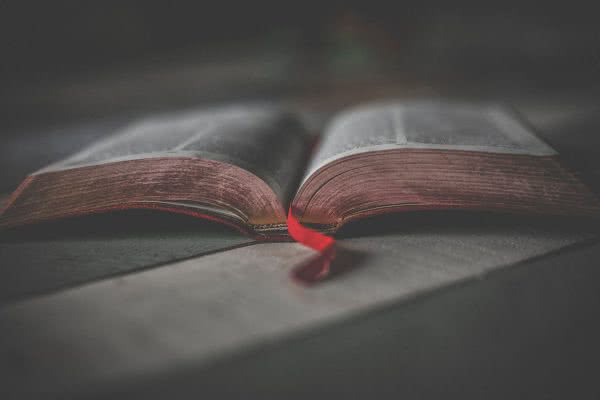