What B2B Brands Can Learn from Sports Marketing

I don’t believe we’ve ever seen a time when there were so few sports being played in the world. So, what better time than the present to talk about them?  If you’re anything like me, you miss them terribly. At this point, I’ll watch a high school lacrosse match if it’s on television. With that said, what can we learn about marketing from sports brands?

Equity: What’s in a Word?

Merriam-Webster has three definitions for the word ‘equity.’ The one that pertains to this blog and to marketing in general is: the money value of a property or of an interest in a property in excess of claims or liens against it. Or, in marketing terms, the value a brand has in the marketplace — what does the sight or term ‘Golden Arches’ mean to you? If you’re not thinking hamburgers, French fries and chocolate shakes, McDonald’s has work to do.

In sports marketing (like in fast food industry), logos, color schemes and uniforms play a subconscious and incredibly influential role in the overall popularity of the team, its players and the fandom that orbits the sport. Two of the most obvious examples are Manchester United F.C. and the New York Yankees. Both have been two of the most well-known and respected brands the world over for decades, and there are many reasons for that. Of course, their success on the field carries over to their success off the field; but for this blog, the steadfastness of their brand plays a huge roll in their global recognition, appreciation and fanaticism.

The logos for the Red Devils and the Yankees haven’t changed much over the years. In the case of the Yankees, they haven’t changed at all. Sure, it’s easily recognizable; but, is it great? Not necessarily, but when you add equity to it, it sure is. The Yankees’ sticktoitiveness has paid off in the long run. Year after year, their jerseys outsell the vast majority of their competitors’ togs. People say they’re classic, which they are, thanks to their dogged perseverance.

By sticking to the same logo, colors and uniforms, the team continues to be popular, generation after generation, regardless of their record, players or World Series appearances. Of course, those don’t hurt; but you get my point. The same is true for business. Too often, I’ve seen companies make leadership changes at the top then completely reposition the brand. This changes the narrative, confuses the marketplace and undoes any of the equity already gained.

As a side note, years ago the marketing services team I was a part of was discussing the BMW logo and related tagline (The Ultimate Driving Machine). I may not win any popularity contests here, but I think they’re ok, as in if they were created in a high school marketing class they might get a high mark. Then again, they might not. To me, it’s the equity in the logo and tagline that really sets them apart. A long time ago, BMW created both, and they’ve stuck to their guns ever since. Ahh, the power of equity.

Perhaps you’ve read this failsafe presentation strategy. It works, it really does. That said, I wanted to share that in life, as in sports (AND business), steadfastness is incredibly important. If your company has a good mission statement (and it better!), a logo and a tagline, don’t change them for the sake of changing them or putting a new ‘stamp’ on it. Live up to it, every day, every week, every month, every year, every decade and before you know it, you and your company might join the ranks of Mcdonald’s and the Red Devils, and the Yankees. 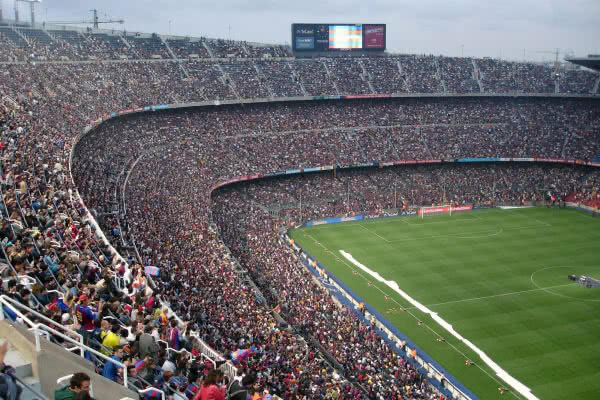