Facebook recently released a huge announcement that promises to vastly change the way content is presented and consumed on the social media platform.

The update was so meaningful that it had a significant impact on $FB. Facebook’s trading price dropped more than 5% on January 11, the day of the announcement: 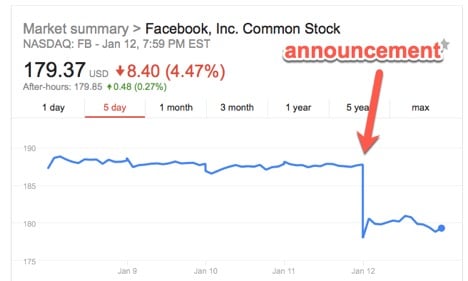 The 5% stock drop doesn’t bode well for the businesses who rely on Facebook to reach their audience. What’s got investors all in a tizzy, and what does it mean for social media marketing strategy as a whole?

Never fear—even though the update at first glance appears to affect your marketing strategy negatively, that’s not necessarily the case. As always, what matters is how you respond to the change, and how you plan to use it to your advantage.

In this post, we’ll explore exactly what the algorithm update to Facebook’s news feed involves, and how your B2B marketing strategy should adjust to stay effective on social media.

What the News Feed Update Entails

To investigate the news feed update in all its glorious detail, check out the Facebook Business News update. To get all the critical details in a CliffsNotes style, read on.

Essentially, Facebook’s been feeling nostalgic and has decided it’s time to get back to its roots and focus on its original purpose: communication between friends and family. Accordingly, they’ve decided to prioritize in the news feed the kind of content most conducive to that goal—i.e., content created and shared by friends and family.

The implication for businesses is obvious: if status updates and group messages and the like are prioritized more heavily in the news feed, that means fewer eyeballs are seeing content from public business pages like yours.

In Facebook’s own words, “Because space in the News Feed is limited … that means we’ll show less public content, including videos and other posts from publishers or businesses.” The result, of course, is that all other factors held constant, your Facebook posts will start getting less organic traffic than they do currently.

So now comes the all-important question: how do you handle this new iteration of the news feed algorithm? 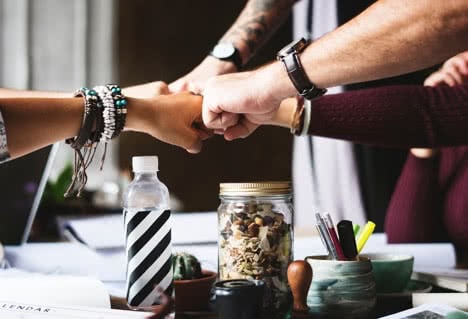 Another part of Facebook’s update announcement reads, “With this update, we will prioritize posts that spark conversation and meaningful interactions … [such as] a news article or video prompting lots of discussions.”

The takeaway from this section is abundantly clear: Facebook wants content that inspires conversation. Of course, from Facebook’s perspective, this is the most logical thing in the world. When posts have more comments and reactions, that means the platform engages people. The more engaged users are, the more time they spend on site, clicking ads and bringing in revenue.

So what does this mean for B2B marketers? In short, not all that much. Your social media marketing strategy should have already been focused on engagement. This update only confirms the importance of keeping engagement the priority, and bids you to maintain that focus.

Do away with commercial-like product advertisements, and kill the boring company updates that don’t attract reactions and comments. Remember, every post you publish that doesn’t tempt interest from your audience will hurt your standing in the news feed lineup, even when you begin publishing more engaging content.

The introduction of Facebook Live back in 2016 April changed the face of the social media platform forever. The ability to broadcast to your audience in real-time—as well as send your followers a push notification when you do—has been a priceless, though perhaps underutilized, feature.

Facebook’s new update also makes it clear that they want businesses to make even greater use of the live feature. The announcement includes a statistic that informs us that live videos get, on average, 6x the interactions than standard content.

Wondering how to apply live videos in a B2B context?

There’s plenty of scenarios where a live video is an ideal way to interact with your audience.

For one, consider a situation where you’ve recently released a new product that could be a little confusing to users. Facebook Live would be the perfect medium to host a Q&A session for your customers. Just make sure to promote it beforehand so that all your followers know to tune in and interact when you do go live.

Another scenario could be you demonstrating a back-end view of your company: drawing back the curtain to give your audience a closer look at what goes on behind the scenes.

A Different Kind of Influencer Marketing

Matt Owen said it best: “It’s influencer marketing, from the most powerful influencers in people’s lives: Friends and family.”

With Facebook’s news feed, traditional influencers—the public figure pages with hundreds of thousands of followers—now matter less than they used to. The priority is placed on word-of-mouth interaction, where the most effective influencer for a potential customer is their friend. 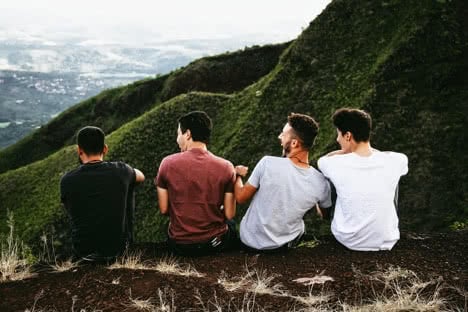 Focus on creating content that is inherently shareable, the kind of content that people want to tag their friends and family in.

Find Ways to Take Your “Likers” off Facebook’s Platform

The simple truth of the new update is that organic reach will be reduced. By creating super-engaging, high-interaction content that friends share to their network, you can mitigate that effect, but only to a certain extent.

At the end of the day, this update indicates that Facebook is moving towards more of a pay-to-play platform, where they want to you invest money into Facebook’s advertising platform to see significant gains in reach.

However, even if you don’t want to shell out the bucks for Facebook’s advertising program, you can still preserve your current audience.

Do this by exploring ways to take your social media audience off the Facebook platform and onto a medium you have more control over. A great way to do that is to send out a link to get users to subscribe to an email list. At minimum, introduce users to your website, where you’re in control of the content shown and how it is delivered to users.

Outwardly, the news feed update seems like bad news for B2B marketers. However, when you delve into the specifics, you see that Facebook simply wants more of what your brand also wants: engagement. By publishing a new algorithm that prioritizes interactivity over anything else, Facebook is simply forcing your brand to engage more with your audience (which is by no means a negative result).

The nature of the Internet makes it a fast-paced, constantly-evolving arena where marketers have to stay on their toes and roll with the changes to remain effective. This new update is just another example of digital marketing’s volatile nature.

By keeping your cool and reorganizing your social media marketing strategy to align with Facebook’s new goals, you’ll maintain the effectiveness of your marketing campaign, and who knows? You may even come out ahead. 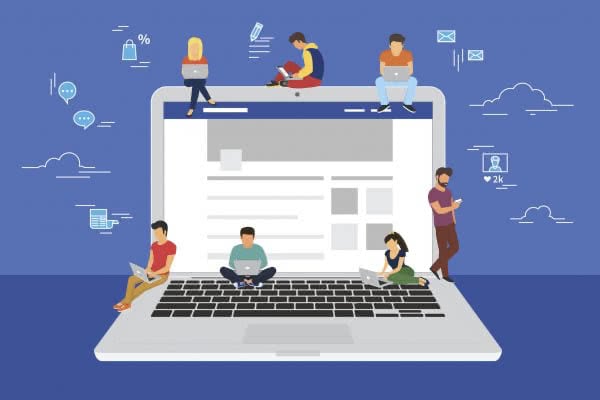